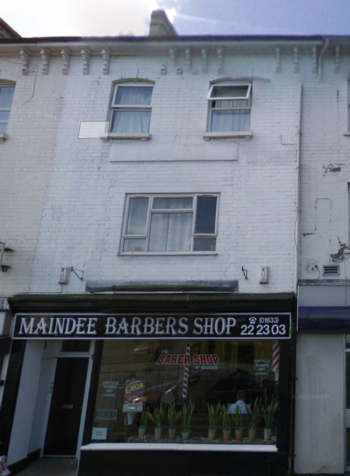 I don’t usually ask anything of anyone when it comes to my music and I fully expect this to fail (at which point I’ll embarrassingly pretend I never asked) but if we could pull it off it would be FUCKING AWESOME and I’d be indebted to you amazing people…..

As you may or may not know, I’m a Newport born exiled MC but my love for the city runs deep – I may have been brought up in the frozen English northern wastelands, but I spent every summer with my grandparents in Newport, as well as other times of year. Until their passing I would frequently visit them in Caerleon and catch up with fam in the port, watch County play at Spytty and then the Parade, loiter around John Frost Square and using my charms to bag some of the local ladies at Ritzys before dropping them off with their husbands etc…. Newport has played a big part throughout my life not just my birth…..

Anyway, I’ve been releasing singles to support my upcoming album release and released the 4th ‘No Dragon’ this month. The album IGNUNTOLOGY will drop on May 9th with a supporting single but then I plan to release a single and accompanying video around a month after it’s release in June.

That single will be ’98 CHEPSTOW ROAD’ and is a joint where I reminisce about the house where my grandparents lived for FIFTY years, where my dad was raised and where I spent so many dope summers, the lyrics not only cover my love of ’98’ but also talk about other parts of the city that are important to me (and in many cases, are gone now). I plan on visiting with my homie Lionel-Beee to shoot the video using a number of Newport locations including the old house at some point in the preceding weeks.

THIS IS WHERE YOU COME IN…

At end end of the song I ask for cats to show some respect in whatever way works next time you pass 98 Chepstow Road and I would LOVE to have some pics or clips of Newport folk doing exactly that. I don’t want to bother the residents of the place (it’s now several student flats) or the adjoining businesses, but if you’d like to pour some beer on the kerb, do a b-boy stance in front of the front door or just stare creepily at the camera in front of the address….anything…..be as creative as you like. I will use anything I can in the promo some way and would really add some local flavour to the track which would be perfect.

I will warn you, it’s just a dusty door next to a shop opposite a pay-and-display car park (handy to stop for the pic!) but the place is still my happy place, in that I had no expectation to be responsible and could just be a kid – play computer games, listen to music, perv on boobs passing underneath on the street (there used to be a bay window, gone now) and of course ‘abuse’ myself to a dangerous level at every opportunity…. An example where myself and Melle Mell hologrammed in is below

Anyway, I’d be forever in debt if you could do something next time you pass. Just jump out, take the pic/clip and email it directly to me at minkster@invay.com Remember to include your name and contact details, because I’d like to repay with a little something that won’t be available anywhere else.

And thanks to anyone who has checked out the recent singles or my bandcamp page where I’ve uploaded all my earlier albums as well as a curated compilation of rarities and album tracks called ‘MAN OF GWENT’. All available for free download. Of course my WELSH NINJITSU album as well as recent singles can be found for stream/purchase at the usual online stores (Apple Music, Spotify etc) Please like my videos on YouTube, follow me on twitter and spread the word any way you can, as I do think I bring something a little different, especially if you are an old fart and get some of the 70s/80s references and it’s not about making money really, my buzz is making someone’s day better or raising a smile and I honestly think the new album is my best yet – it’s certainly the most Newport and Wales-centric album I’ve made…..

If you have got this far, you are my fucking hero/heroine – I’m not worthy!

Have fun, stay safe and get snapping 🙂 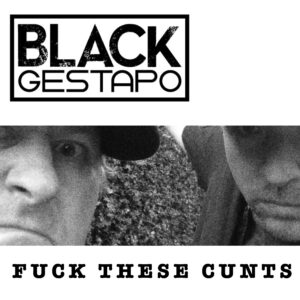