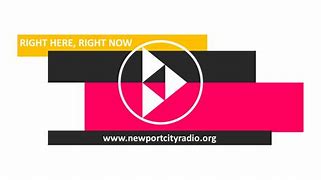 The awesome Newport City Radio who already contribute massively to the community through support of Newport County AFC, the Maindee Festival, Dragons Rugby and ‘The Countdown to Christmas’ and who are based in Clarence Place – a matter of a few minutes walk to the hallowed address, have graciously agreed to put my latest single ’98 Chepstow Road’ on their playlist, and I should have more details on broadcast timings later this week

Clearly the song as it stood was a touch too rude for broadcast and so, as I had also done for the ‘Art of Seduction’ single, I’ve made a ‘Radio Version’ which cleans things up without changing the overall message. The radio version will released to stores and should be available later this month alongside the original.

In the meantime please support these guys who run a genuine community station which is refreshing, not to mention helpful to get my memories out to people who will actually know the places I mention! You can access NCR from anywhere via the free smartphone TuneIn app or by asking your Amazon device “Alexa, play Newport City Radio from TuneIn”. Similar instructions should work on other ‘smart speakers’. You can also stream the station live at Newport City Radio.